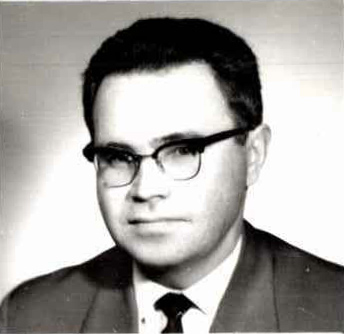 , born 1926, code name "Stárek", original occupation “Quality controller”. In 1941 he graduated from the 3rd grade of grammar school. He extended his education in 1954 when, despite not having completed his grammar school studies, he successfully graduated from the Faculty of International Relations of Charles University. At the same time, he entered the service of Directorate I of the Ministry of the Interior

and after graduating from → the vocational school of Directorate I, entered the German Section

. From 1959 to 1961, he worked at the residentura in Bern, Switzerland with a legitimizing role (cover job) of MFA employee as an attaché. In his subsequent career, he became Deputy Chief of → Section 47 of Directorate I